Votes for Suffrage: 100 Years of Women in Durham Politics 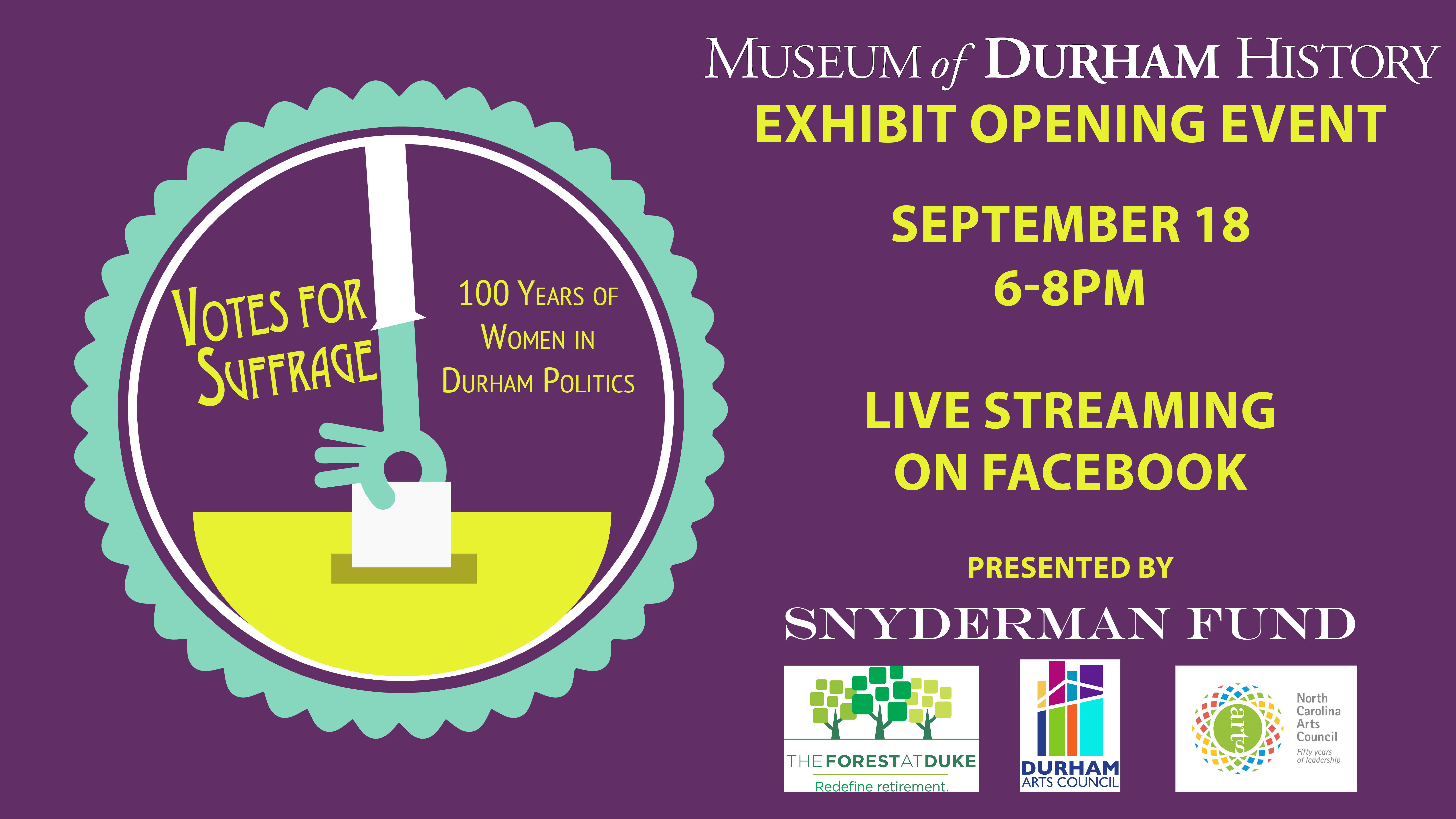 This year marks the centennial anniversary of the ratification of the 19th Amendment, giving women in the United States the right to vote. The Museum of Durham History would like to say congratulations and commemorate this event by formally announcing our next exhibit Votes for Suffrage: 100 Years of Women in Durham Politics, opening online Sept. 18, 2020, 6-8PM.

This exhibit explores the legacy of the amendment and how women’s political participation has helped shape Durham. Though the suffrage movement sought equality for women and the 19th Amendment was meant to enforce it, race and class continued to be barriers to enfranchisement for many of Durham’s female citizens throughout the last century.

The museum will examine those challenges and highlight the stories of the women who fought to positively change Durham. From key ‘firsts’ in office like Durham’s first female judge, to influencing social and environmental policy, and to confronting generations of racial inequalities while supporting a revitalized community. Hear from current elected officials who have shared video testimonials to be included as part of the exhibit.

The exhibit is sponsored by the Snyderman Fund, in memory of longtime Durham political leader MaryAnn Black, who was a founding board member of the museum. In addition to providing a donor grant, the Snyderman Foundation has issued a challenge grant matching up to $10,000 in public donations.