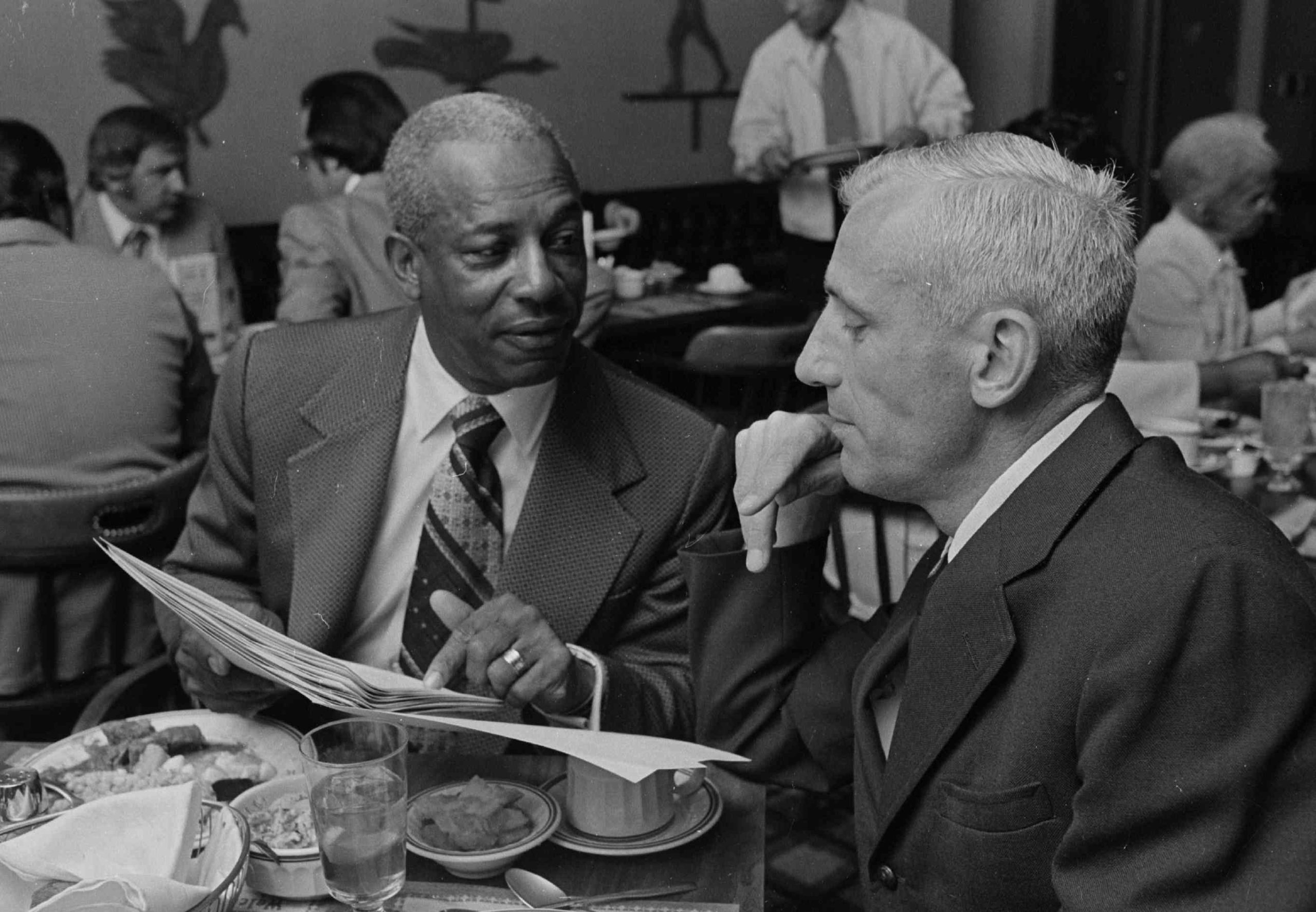 LeRoy T. Walker (1918-2012): Track coach and interim chancellor and chancellor at North Carolina Central University, Walker became the first African American Olympic head coach in 1976 and was appointed the first black president of the United States Olympic Committee in 1992. He was president of the US delegation to the 1996 Olympic Summer Games in Atlanta.

Al Buehler (b.1930): Track and cross country coach at Duke University for 45 years who organized integrated trainings with NCCU’s teams. Under his leadership, Duke’s cross country team won six ACC championship titles. He was an Olympic coach and manger throughout the 1970s and 1980s, and served as director of the Martin Luther King Jr. Games in 1973, the U.S.S.R. Meet in 1974 and the Lite Invitational Meet in 1981.

Durham played host to a historic Pan Africa-USA International Track Meet at Duke University on July 16-17, 1971; pitting some of America’s best track and field athletes against competitors from fourteen African nations. It was the largest track event in the Western Hemisphere that year and the first international track meet held in North Carolina and the Southeast.

“I managed the logistics, while LeRoy brought the best athletes to compete,” said Buehler. “People from all over the country came to watch . . . They wanted to be a part of history.”