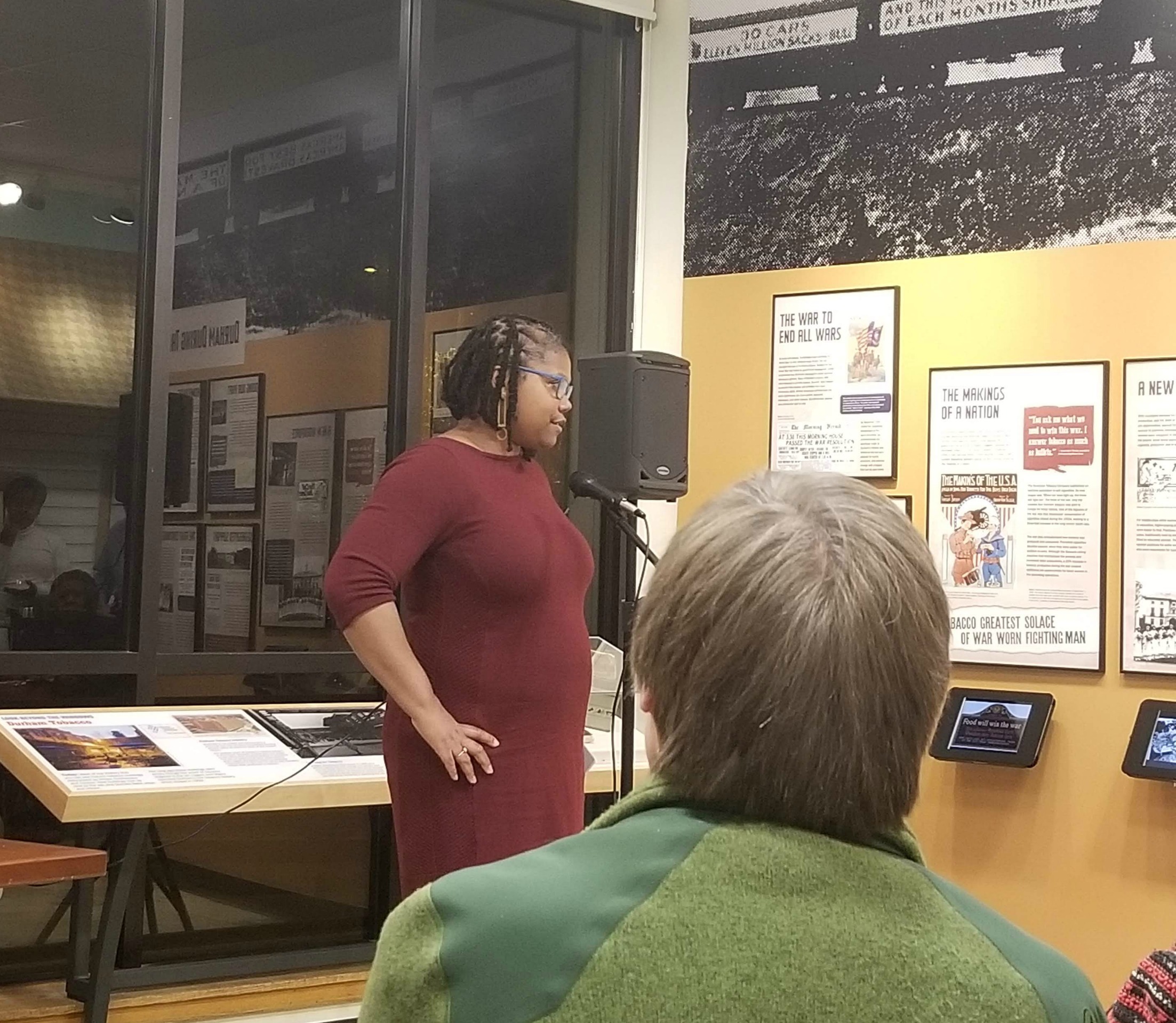 Throughout the run of our Durham During the Great War exhibit, we highlighted the sacrifices of Durhamites at home and abroad during World War One. The Museum’s commemoration for the centennial anniversary of the war’s armistice culminated in a closing event which featured Duke University’s Dr. Adriane Lentz-Smith. The lecture, which was based on Dr. Lentz-Smith’s book Freedom Struggles: African Americans and World War I, was followed by a Q&A session that audience members to engage with the topics of race, gender, and service.

Durham During the Great War programming was made possible through generous support from American Tobacco Campus.

RT @MrRDPierce: The chair of this conference was Norfolk Journal & Guide editor-publisher Plummer B. Young Sr., who was born in Littleton i…