4 by 50: Turning Points in Durham History 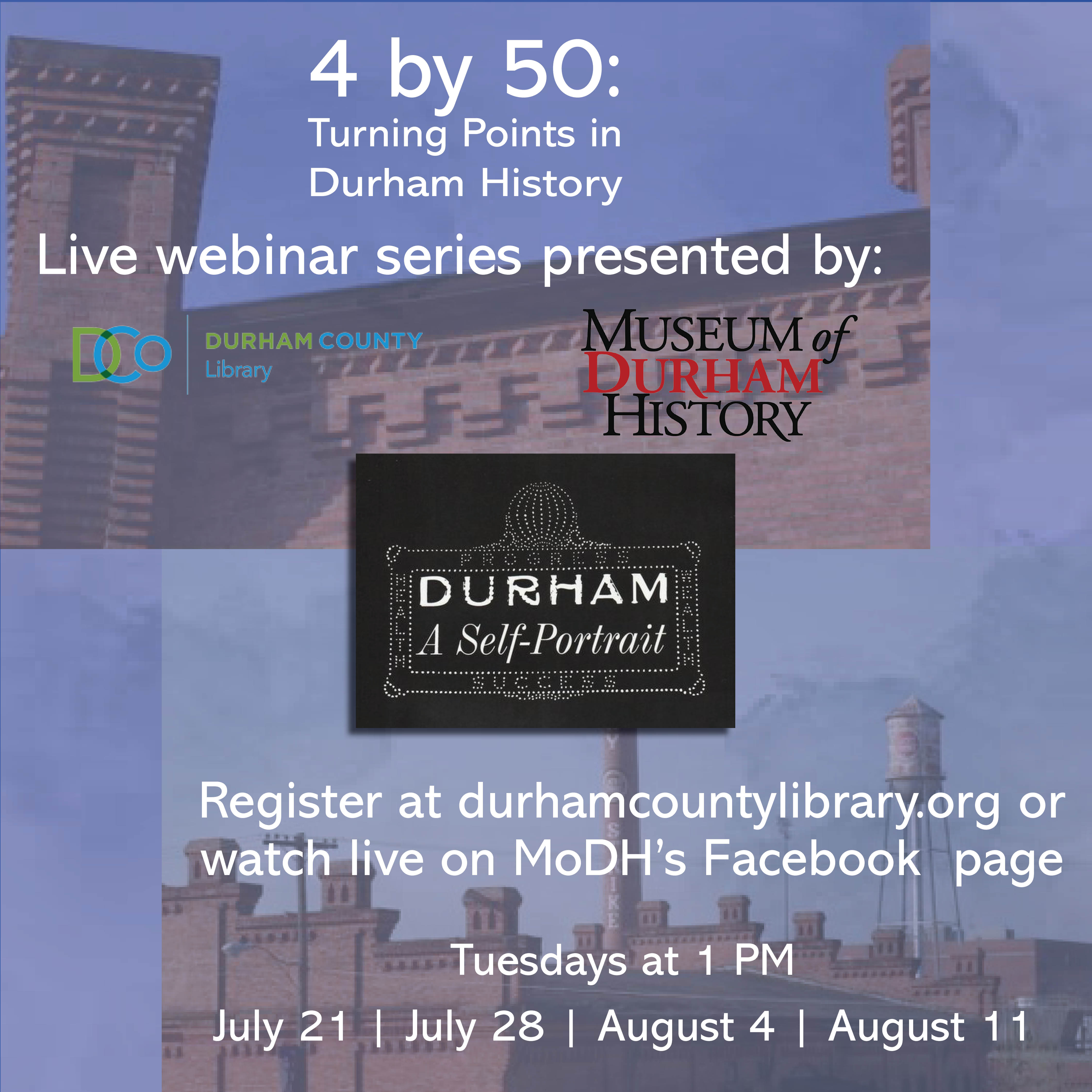 The Museum of Durham History and Durham County Library are partnering to host a four-part, live-streaming web series that captures today’s issues, framed in the context of Durham’s history. Tune in to the Library’s Zoom webinar or the MoDH’s Facebook Live page Tuesdays at 1PM on July 21 and 28, August 4 and 11. Viewers may register for part three HERE.

Looking into Durham’s past reveals roughly 50-year cycles of major change, beginning with the city’s founding just after the Civil War; then a second period beginning about 1918,  with the end of WWI, the Spanish Flu epidemic, and women’s suffrage movement; then a third fifty years beginning in the late 1960s with the turmoil surrounding civil rights and Vietnam War.

Each segment will be a small group conversation, with visuals drawn from existing resources, such as the Durham: A Self-Portrait documentary and the Library’s North Carolina Collection. Audience participation will be invited and moderated via Zoom chat and Facebook comments sections. All four programs will be posted on the Library’s and Museum’s YouTube channels.