William Kenneth Boyd (1879-1938) came to Durham in 1895 to enter Trinity College (now Duke University), where he received his A.B. and M.A. degrees. After earning his Ph.D. at Columbia University, he returned to Durham in 1906 as a professor of history and taught at Trinity College/Duke University until his death at age 59. Boyd was a curious and incessant learner, collecting and endlessly poring over books, newspapers, pamphlets, and manuscripts. His approach to history was multidisciplinary, exploring not only its political but also its economic, social, religious, and educational aspects. He advocated studying the local and regional in order to more thoroughly understand the national. As a teacher, he valued the input of his students and had a stimulating effect on them. Boyd was one of Durham’s first and most influential historians, publishing the valuable The Story of Durham: City of the New South, in 1925.

William Kenneth Boyd’s descendants have continued to reside within the Trinity Park neighborhood. His daughter lived for a time in the large house that once stood on this very site, and his granddaughter and great-granddaughter have also chosen to make Trinity Park home. 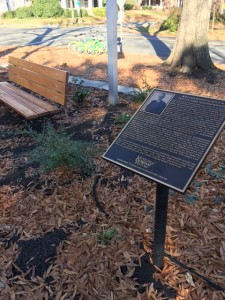