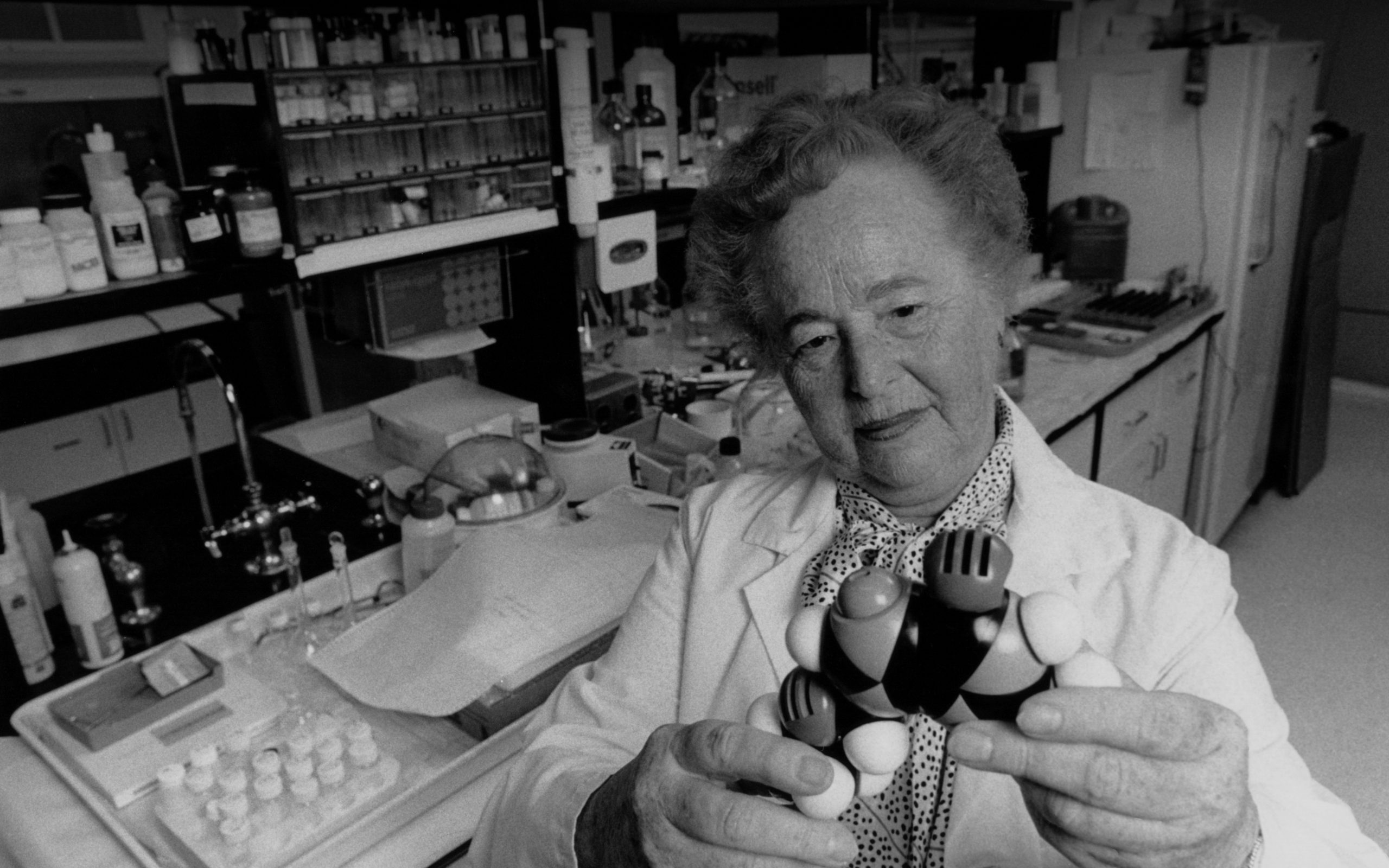 Gertrude Bell Elion (1918-1999): Graduating from Hunter College in 1937, Elion was excited to begin working in research labs but initially struggled to find a job due to the Great Depression as well as persistent gender discrimination in hiring. While obtaining her master’s degree in chemistry at New York University, she taught biochemistry to nursing students. When World War II began and many male workers left for war, Elion took a job testing in a food laboratory.

After meeting George Hitchings, Elion began working for Burroughs Wellcome. Their research focused on devloping treatments that would cause DNA to accept a false building block that would fight disease. Elion led the Department of Experimental Therapy at Burroughs Wellcome Company from 1967 to 1983, and was also a professor at Duke University from 1971 to 1999. She developed the first immunosuppressive drug for organ transplants and established the research method later used to create an antiretroviral drug to treat HIV/AIDS. She shared the Nobel Prize in Physiology or Medicine in 1988 with Hitchings and Sir James Black.