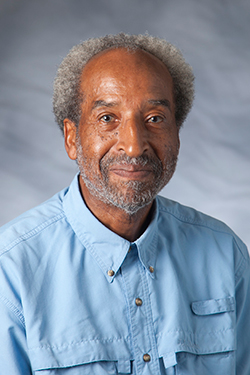 Friday, October 20 will mark the 75th anniversary of a landmark gathering of Negro academicians, journalists, and activists on the campus of North Carolina College at Durham.  This gathering tackled several looming civil rights issues facing black citizens during the World War II era.

The following article by the late Dr. Ray Gavins of Duke University first appeared in the monthly column in the News and Observer and also in the Triangle Downtowner. It was originally posted on our site in November, 2013.

Following the Southern Conference on Race Relations, held at Durham’s North Carolina College (NCC) on October 20, 1942, a subcommittee issued on December15 “A Basis for Inter-Racial Cooperation and Development in the South: A Statement by Southern Negroes.”  Touted as the Durham Manifesto, it was a catalyst of the postwar civil rights movement in our state and the South.

Among the eleven North Carolinians participating were presidents James E. Shepard of NCC, H.L. McCrorey of Johnson C. Smith University, Charlotte H. Brown of Palmer Memorial Institute, and C. C. Spaulding of North Carolina Mutual Life Insurance Company.  Defending the decision to omit northern black participation, Hancock, in a Statement of Purpose, declared “the Southern Negro is today speaking for himself. . . .  We are hoping in this way to challenge the constructive cooperation of that element of the white South who express themselves as desirous of a New Deal for Negroes.”  Groups then scrutinized seven issues: political and civil rights; industry and labor; service occupations; education; agriculture; armed forces; social welfare and health.  When proceedings ended, Benjamin E. Mays, president of Morehouse College, recommended writing a statement “commensurate with the possibilities of the occasion.”  Accordingly, the body chose a sub-editorial committee, chaired by sociologist Charles S. Johnson of Fisk University, to write it.

The finished document judiciously stated blacks’ opposition to Jim Crow, plus their civic  priorities, and challenged moderate and liberal whites to join them in pursuing equal citizenship and justice for all.  It announced: “We are fundamentally opposed to the principle and practice of compulsory segregation in our American society, whether of races or classes or creeds, however, we regard it as both sensible and timely to address . . . current problems of racial discrimination and neglect.”  Its key demands included the right to vote; abolition of the poll tax, white primary, harassment of voters, and police abuses; a Federal antilynching law; Negro jury and government representation; fair employment of Negro police officers, defense workers, and workers’ right of collective bargaining; Social Security benefits for service and farm occupations; equalization of    teachers’ salaries, school facilities, and higher education opportunities; ending the segregated U.S. Military; and publicly-funded hospitals’ inclusion of Negro patients.  “The correction of these problems is not only a moral matter,” it concluded, “but a practical necessity in winning the war and in winning the peace.”

The statement drew extensive comment, the bulk of it favorable.  “We commend to both whites and Negroes for careful consideration the Durham manifesto,” the Newport News Daily Press commented, typifying the response of many white newspapers.  “It contains little that is not fundamentally sound–things which American citizens have a right to expect.”  Echoing a general sentiment in the black press, the Houston Informer editorialized that “the conference statement is a historical achievement . . . a charter of Negro rights which all Negroes in the South can adhere to.”  Yet the Durham Carolina Times was critical: “About the only purpose it can serve is to give Negro intellectuals in the South an opportunity to show off by appearing profound . . .  They no more have the leadership of the mass of Negroes in the South than if they didn’t exist.”  Even so, NAACP head Walter F. White endorsed the manifesto, as did Du Bois, who judged that “on the whole the Durham program is a pretty good document. . . .  I would not be unwilling to sign it.”

The manifesto is hardly remembered.  But it initiated all-white and interracial conferences that, by 1944, formed the Southern Regional Council, which became a crucial vehicle for black-white conciliation, voting rights, school desegregation, and other reforms.  It  also paved the way for the Durham Committee on Negro Affairs, North Carolina Committee on Negro Affairs, and North Carolina State Conference of NAACP Branches’ organizing and protests, which reflected the “core of black activism in the South through the 1950s.”

Below, please find other references to this gathering, which is often called, The Durham Manifesto.

RT @NCCUHist_MA: On Memorial Day, we honor the memory of the first African American from Durham, NC, who gave his life in WWII: John B. (Jo…